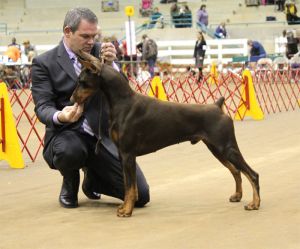 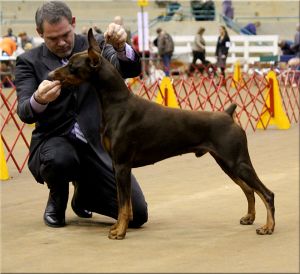 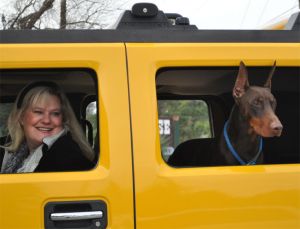 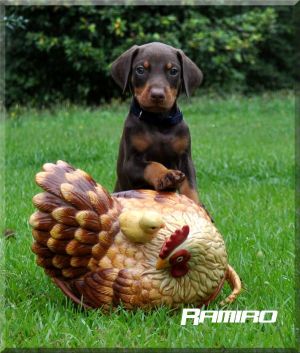 Ramiro finished in grand style on Friday November 1, 2013 by going WD/BW for his third major.  He finished with 16 pts and three majors.  Ramiro was then moved up to the Breed for the Cavalier Doberman Pinscher Club’s Independent Specialty which was held the evening of November 1, 2013 and he won the BREED as a move up!!!

Needless to say, we are thrilled.

Ramiro was  whelped on July 6, 2011.  He is sired by Ch. Cambria’s Omen out of our extraordinary bitch Logres’ Butterfly Flip.  Ramiro was  out with Kelly Marquis as a young dog, he won the Am-Bred Class at the 2012 Regional and came home with 13pts and both majors.  He was then shown on four weekends over the next 18 months, and finished at a little over two years of age, with three majors and a Specialty Best Of Breed.  As a producer of quality, Flip is proving to be everything we dreamed of and more.