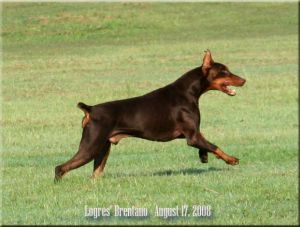 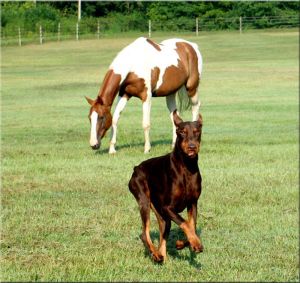 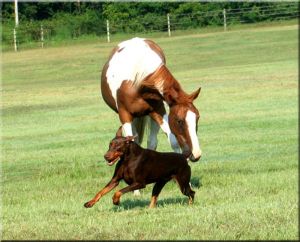 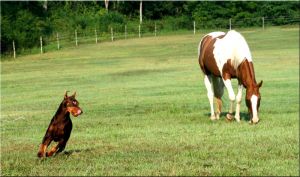 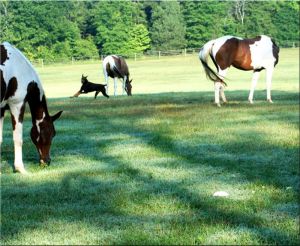 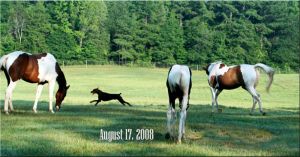 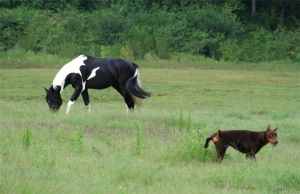 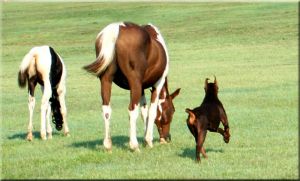 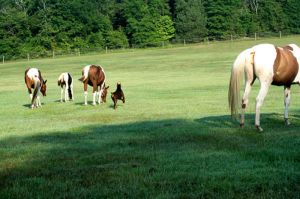 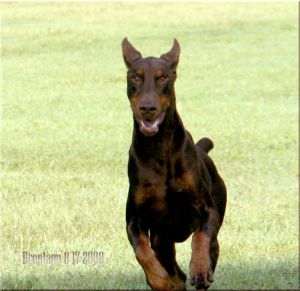 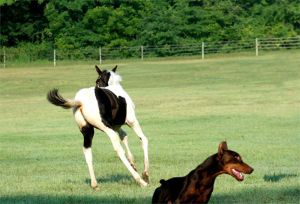 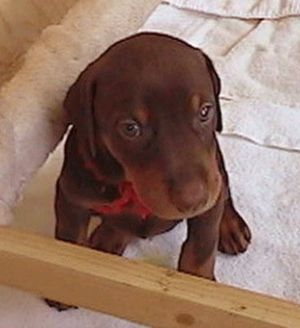 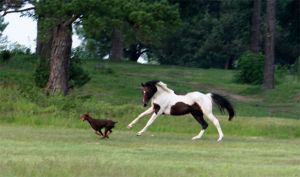 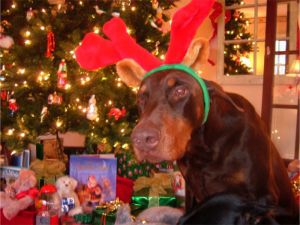 Brentano  is the son of BIS BISS CH. Brunswig’s Cryptonite (a.k.a. Kafka).  Brentano’s dam –  Cambria’s Irish Rose – was a daughter of Ch. Cambria’s Cavalleria out of Ch. Orion’s Rasberry Beret).  Kafka won over 121 All Breed Best in Shows ( a record that will never be beaten), two DPCA National Specialties and he sired of 140 champions. Kafka’s breeder Phyllis Farrier told us that she loved Titan and thought he was an extraordinary example of the best of Kafka.

Brentano spent the early years with us here at Logres and then went to live with Lili and Brett. Brentano was born on March 31, 2004 and passed from DCM on May 18, 2010. I wrote the following on the day he died.

In his whole life Brentano has never known anything but love and kindness, both here and with Brett and Lili.   Yesterday Brentano tried to walked with me to feed the horses, just as he has most every day of his life here. He couldn’t make it all the way… he had to stop at the bend of the lane on the pond dam… and watch.  I didn’t ask for more.

There is no question but that this is the right time.

We do not want his life and his memory to be about his disease. I think Brentano had the best life any dog ever have had. It was just much too brief.  He will be remembered as the great dog running in the fields with the stallions, or on the boat with Brett and Lili… or on the bed with Bella and Lili’s mother.

It was a beautiful soft gray morning here …   the vet was extraordinarily gentle and caring. I  held Brentano in my arms.

Looking back, I was privileged to be with him years ago in the whelping box when he took is first breath, and I was with him when he took his last.

Brentano slipped away very peacefully…     he lays now beside his mother.