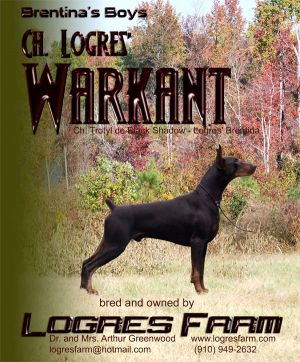 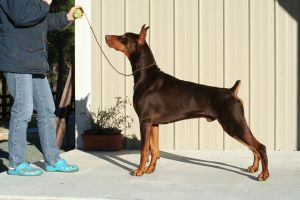 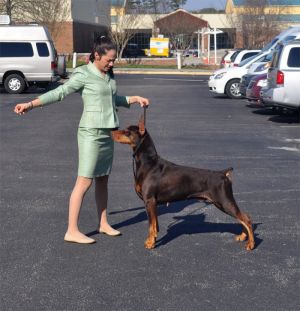 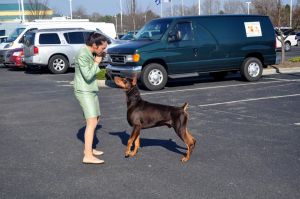 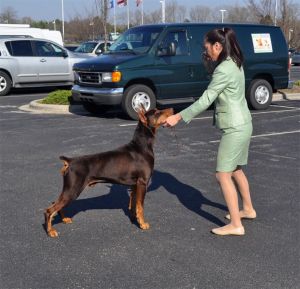 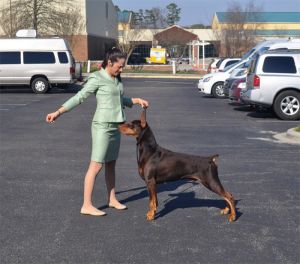 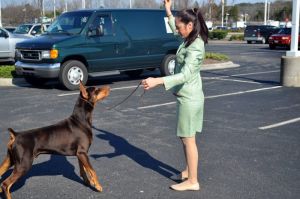 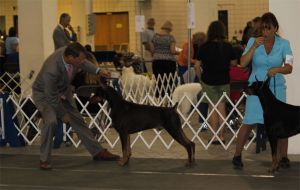 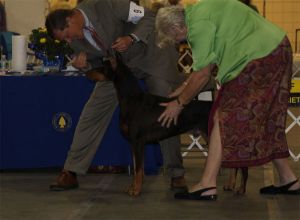 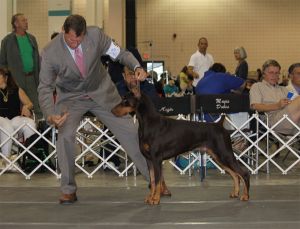 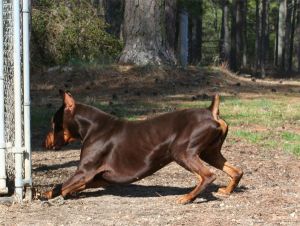 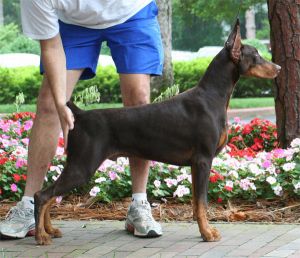 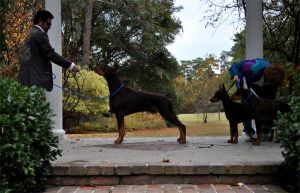 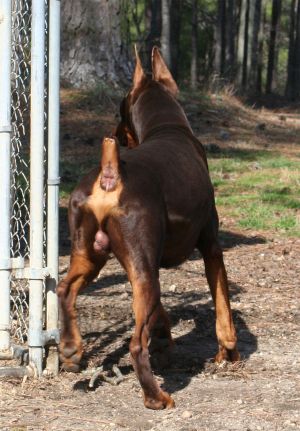 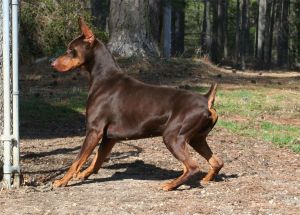 Ch. Logres’ Warkant is by Ch. Trotyl De Black Shadow out of Logres’ Brentina.  Warkant was the standout in his litter from the day he was born. He finished at 13 months (from OPEN) on the very competitive Florida Circuit with four majors and four major reserves. Warkant was Trotyl’s first champion. By any standard of excellence, Warkant is a dog of extraordinary virtue.  Warkant has been collected and we will offer frozen semen to select bitches – inquire by email at logresfarm@hotmail.com

Warkant is available to select bitchs by private treaty only.

The three videos below were taken on March 16, 2012 – Arthur with Warkant – who was then five years old.

below is video of Warkant at about 7 years of age

Warkant’s Eulogy – God’s gift is that I have forgotten

I thank God every day for the strength and courage he has given me. With God’s grace I no longer remember Arthur, not the face as he lay sleeping beside me, not the sound of his voice, not the feel of his touch. Other than the misery he left behind, nothing of him remains. He is not present in this home, or my heart, or in any part of my soul. I do not feel him as I go about my day, struggling to protect and care for the beautiful creatures he walked away from.

Arthur sporadically  providing about forty cents on the dollar for the care of the dogs and horses living  in this situation he created here  is pathetic. They are precious living beings who require and deserve so much more than just a sack of kibble or flake of hay. They are living creatures that Arthur insisted upon creating – because at one point they fed his ego and his schemes.

Arthur alone is responsible for his years of lying, cheating and scheming – to deceive the Air Force, the IRS, the University of Washington, the Uniformed Services University of Health Sciences, his residency programs at Texas Tech and Wake Forest Baptist University Hospital, and the North Carolina Medical Board. Arthur’s one accomplishment in life is that he succeeded in manipulating and deceiving us all, for years, with one unethical, illegal and immoral choice after another, going back to 1999, if not before.

And in the process Arthur created life and commitments to living creatures which ultimately meant absolutely nothing to him. He abandoned this marriage and the animals here as surely as he abandoned his own small children for ten years. Unlike his children, the animals here have no extended family or support system to pick up the pieces for Arthur’s cold indifference.

Nothing remains here of Arthur that could even remotely be described as kindness, love or caring. All that remains reflects Arthur back to me as a bloated, ugly, brutal, manipulative, lying schemer, who used and abused those who loved and trusted him.

Weeks ago Warkant died, of a broken heart. Warkant had been “Arthur’s dog,” yet, since the day Arthur left in November of 2014 , Arthur never ever looked back or even inquired about Warkant. Not once. Nor did he return my call when Warkant was fading.  In spite of my best efforts, Warkant simply gave up the will to live. He was not sick or injured, he had no fever or symptoms of any kind.  He simply stopped eating, stopped caring, stopped living.

I will never forget the look in Warkant’s eyes at the end. I was holding him as he passed, kissing him, stroking the side of his cheek, as I have done since he was a puppy. I told him I loved him, I even lied and told him Arthur loved him.

As life drifts away there is a moment of primal  brutal honesty,  where one sees through to the soul.  And it was there at the end, undeniably true… Warkant simply did not want to live.  He was not looking at me, or the vet, but at something in the distance, as though he had connected to a distant memory or a distant place.  I felt Warkant was gone even before his heart stopped beating.  Maybe he was thinking of Arthur.  Maybe he realized he’d been nothing more to Arthur than a fleeting selfish impulse, valued in his magnificent prime because Warkant once fed Arthur’s ego.

Warkant’s passing forever severs any ties to Arthur. God can find  way to love and forgive Arthur, I am not so perfect that I will ever be able to.

Below is Warkant’s daughter Logres’ Hotline. Hotline’s dam is a daughter of Ch. Logres’ Tungsten out of Cambria’s Sebring (who is a full sister to Ch. Cambria’s Victoria Secret).  Hotline is the dam of Logres’ For Romance, Logres’ For Pleasure (major ptd), Logres’ Black Caviar and Logres’ Jack Sparrow.

After Warkant finished at 13 months he came home to the farm. He was not in the ring again for years, until shown by  Cliff Steele, on August 22, 2010.  As background, Kelly Marquis – who showed Warkant in the classes – was at this show in August, she had two class dogs of ours, but she had another Special on the day.  Arthur (who has never been in the ring, ever), had intended to show Warkant himself.  I strongly objected, and it was eventually  agreed that  Warkant could be shown that day if we could find handler at the show, with about 2 hours to ring time. We found Mr. Steele, he agreed to show Warkant (whom he had never seen before) and the photos in the gallery are the result. We allowed Warkant to be shown one other time, in June of 2011 with Aaron Wilkerson.  Those photos are also in the gallery.

As the years go by, and Warkant ages, we note that he is still every inch the stallion he has always been. When I look at the photos and video of him I can not help but feel a great sense of  pride. I am thrilled to have bred, loved, trained and conditioned this amazing dog. 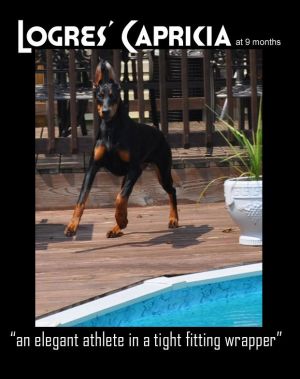 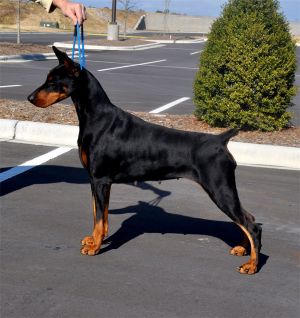